Holly Starr teams with Matthew Parker and Beacon Light for her HUMAN Deluxe Album which released worldwide through Artist Garden Entertainment on October 12.

Starr’s new HUMAN Deluxe Edition adds three additional songs to the previously released HUMAN EP including two new songs and a Matthew Parker remix of the title track. New songs include “Talk it Out,” a collaboration with rapper Beacon Light, and “I Don’t Know,.” Starr shares “I’m really excited to get the opportunity to add a few more songs to the HUMAN EP, thanks to my Kickstarter backers helping us reach a big stretch goal last year. The additional songs add a fun element to the project and I can’t wait to share some of them live on tour.”

and recording songs after releasing the HUMAN EP last year. Three of the songs fit perfectly with the collection of songs on the HUMAN EP so it only made sense to super size the EP into an album.”

Songs from HUMAN have already logged 2.3 million streams and are featured in top playlists including Runners World Magazine and top Christian playlists on Spotify, Amazon, Apple Music and Pandora. The new HUMAN Deluxe Edition is available for streaming and download through all digital providers and the physical cd is available to all physical retailers through New Day Distribution.

Holly Starr can be seen on tour this fall and on her annual Christmas tour. 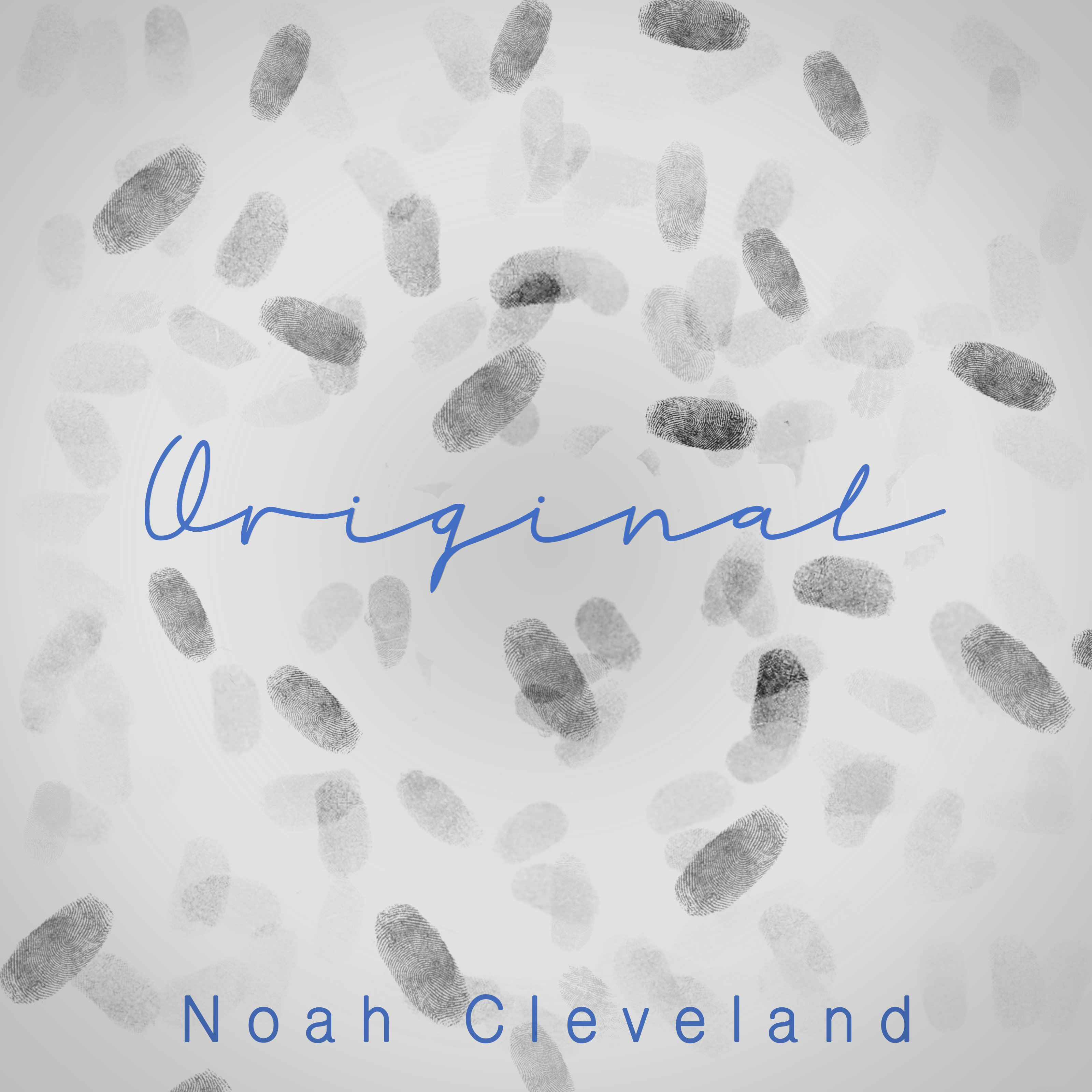 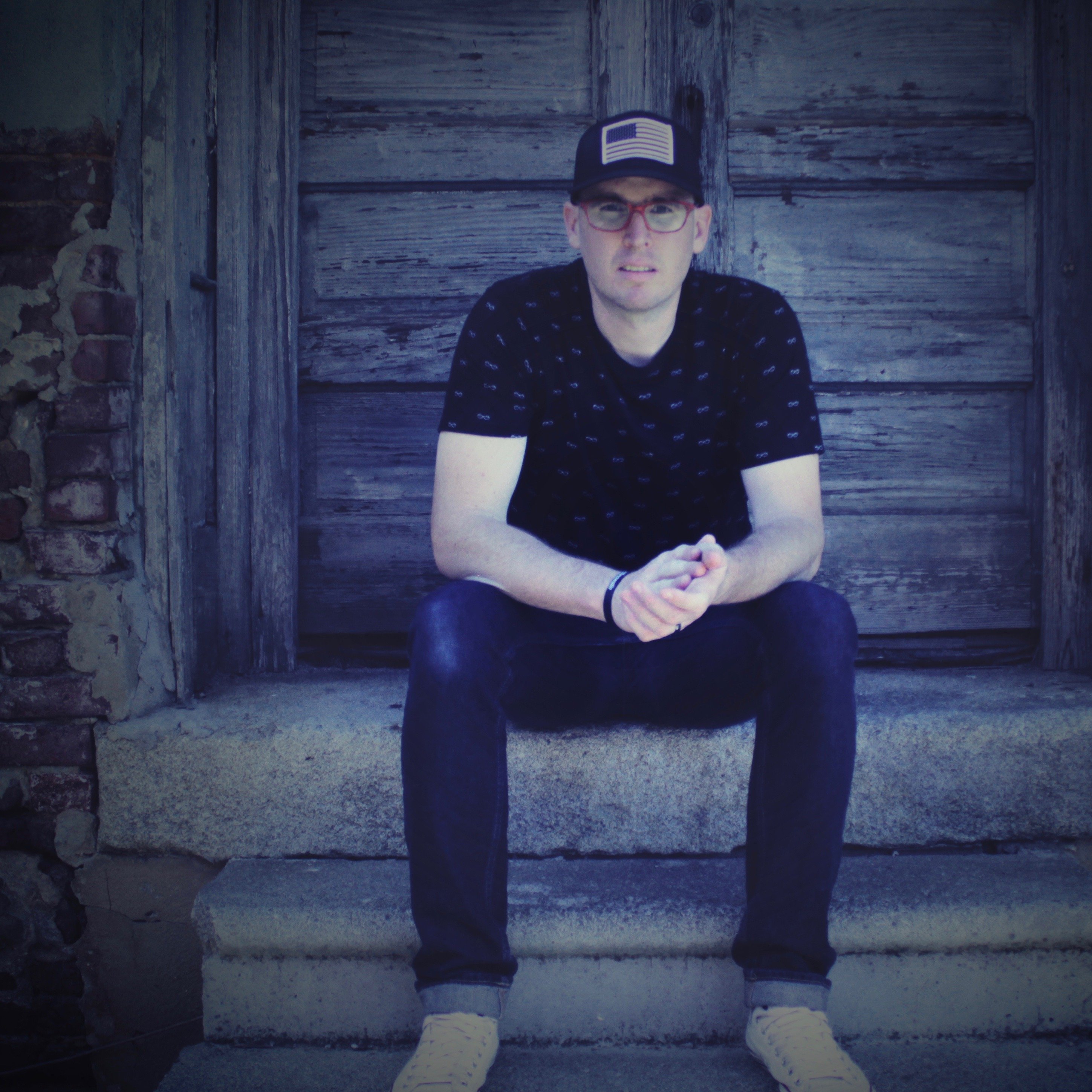 Noah’s new single, co-written with Matthew Parker and Pete Stewart (Tobymac, Michael Tait), celebrates being original. “Contradictory to a world that tells us to be like someone else, God calls us to be unique. Just look at our fingerprints where no two are the same. It’s up to me to play the part that God wrote specifically for me which is something I hope the song encourages others to think about” shares Cleveland.

Original, produced by Top 5 Billboard charting artist/producer, Matthew Parker, reveals a fresh sound for Cleveland meshing pop/electronic beats with Cleveland’s signature anthemic songwriting. Noah shares “Matthew is an amazing producer and has a keen sense for what is happening in pop music. He taps into the pop side of Noah Cleveland pushing boundaries that help me grow as an artist.”

Based in McDonough, GA, Noah Cleveland and wife Ivy operate Be Loud Ministries where they lead worship, perform concerts and speak at conferences, festivals and churches across the country. Noah recently released his first book, Church With No Walls, a 21 Day Challenge to get outside the walls of the church to share the Gospel and be the hands and feet of Jesus to the world. The couple recently signed on as a representative for Holt International.

Today is a big day for new music as RYAN CORN releases his new EP THE PRESSURE ! If you haven’t listened to Ryan’s music, you are missing out. After being added to prominent Spotify playlists around the world and his new single being played on Sirius XM The Pulse, the pop singer/songwriter’s worldwide audience is growing quickly.

THE PRESSURE was self-produced by Ryan with Ben Shive producing vocals and Vance Powell (Chris Stapleton, Jack White, Elle King, The White Stripes) mixing. THE PRESSURE is now available on iTunes, Spotify, Apple Music, Amazon MP3, GooglePlay and all other digital outlets where music is sold. 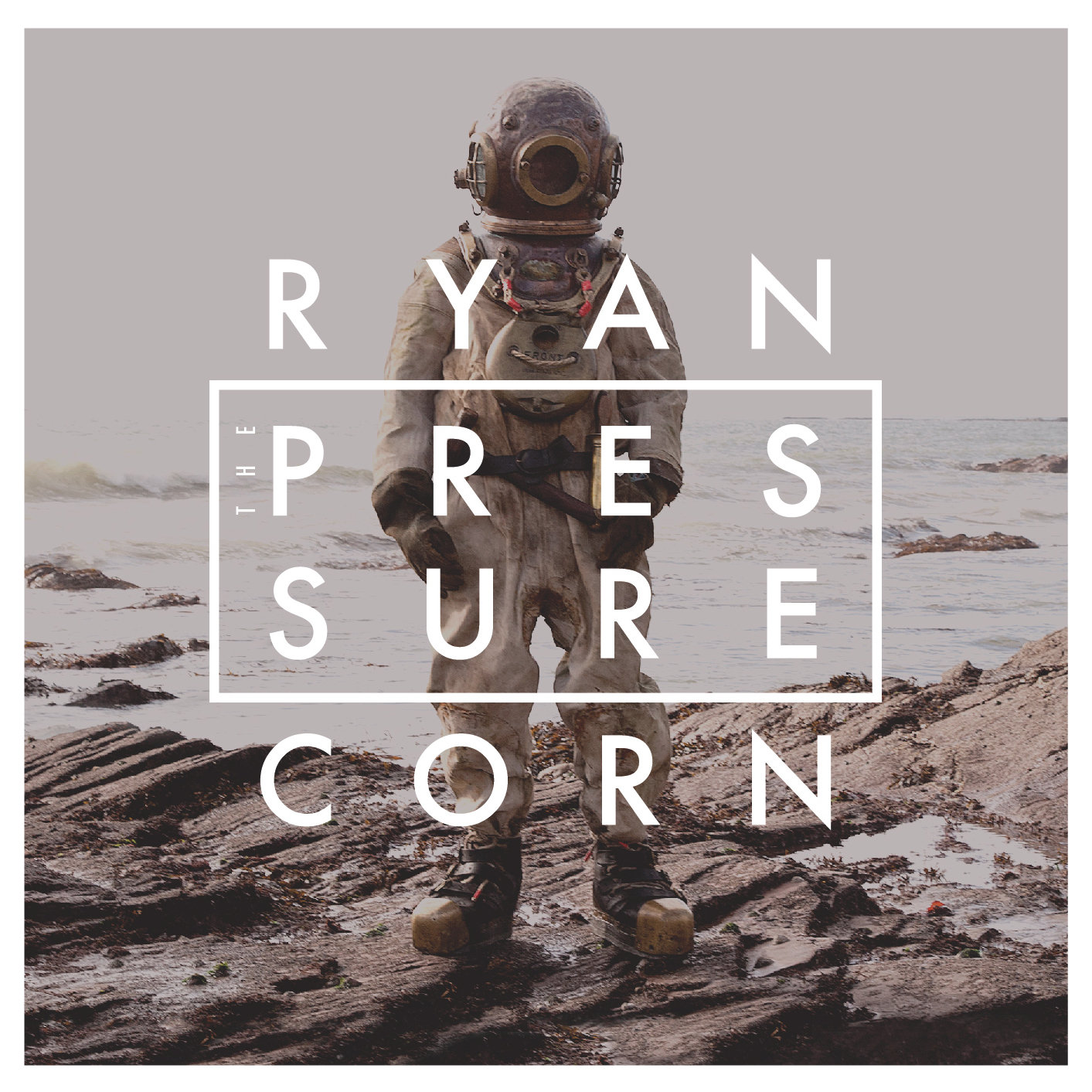 The Gray Havens Return With Ghost Of A King April 8

NASHVILLE, Tenn.—Critically acclaimed Artist Garden Entertainment husband/wife duo The Gray Havens are set to bow their highly anticipated full-length sophomore set, Ghost of a King, April 8. Featuring 10 of the couple’s most personal and prolific songs to date, the project is currently available for pre-order on iTunes with two instant-grat tracks.

Exploring the overarching theme of longing, Ghost of a King was produced by Ben Shive (Colony House, Rend Collective), with “At Last, The King” produced by singer/songwriter Ryan Corn.

“The opener, ‘Ghost In The Valley,’ sets up the record as the fulfillment of the deepest longing one can have,” explains The Gray Havens’ David Radford. “The subsequent songs are sub-stories of different longings we have had or have currently, whether that be a longing to do something important with my life, or love my spouse well, or not be caught up in chasing money, or to spend eternity with my friends and family.”

Additional highlights of the album—which features Colony House’s Will Chapman on drums—include the title track, a Shakespearean-esque narrative chronicling new birth; “Take This Slowly,” a reflective reminder of the grace we are given each day; the buoyant, acoustic love song “Band Of Gold”; and the tender, yet epic piano-based closer “Go,” depicting a place where “golden shores with lights more radiant than the sun” await.

“We tried to give ourselves permission on this project to reach outside our pop/folk roots when exploring the potential of any given song, which ended up being a ton of fun and made for a record we love,” Radford continues. “These songs are all new, just recently written, so they feel very current and representative of where we are in life.”

The Gray Havens are slated to showcase selections from Ghost of a King at various college campuses, conferences and other venues around the country this spring, including performances at Northwestern College in Orange City, Iowa; College of the Ozarks in Hollister, Missouri; and The Gospel Coalition’s National Women’s Conference in Indianapolis. Tomorrow, the duo will open for acclaimed folk/rockers The Oh Hellos at Pennsylvania’s Grove City College.

David—a Top 20 “American Idol” finalist from Season 5—and Licia Radford are The Gray Havens. Since the release of their 2013 debut EP, Where Eyes Don’t Go, and last year’s critically lauded full-length Fire And Stone, the duo has established a loyal following, known for their unique blend of narrative folk/pop encompassing fantasy story, lyric poetry and theology. They have performed alongside such artists as Andrew Peterson, Drew Holcomb, Jenny & Tyler, Sara Groves and Cindy Morgan, among others. 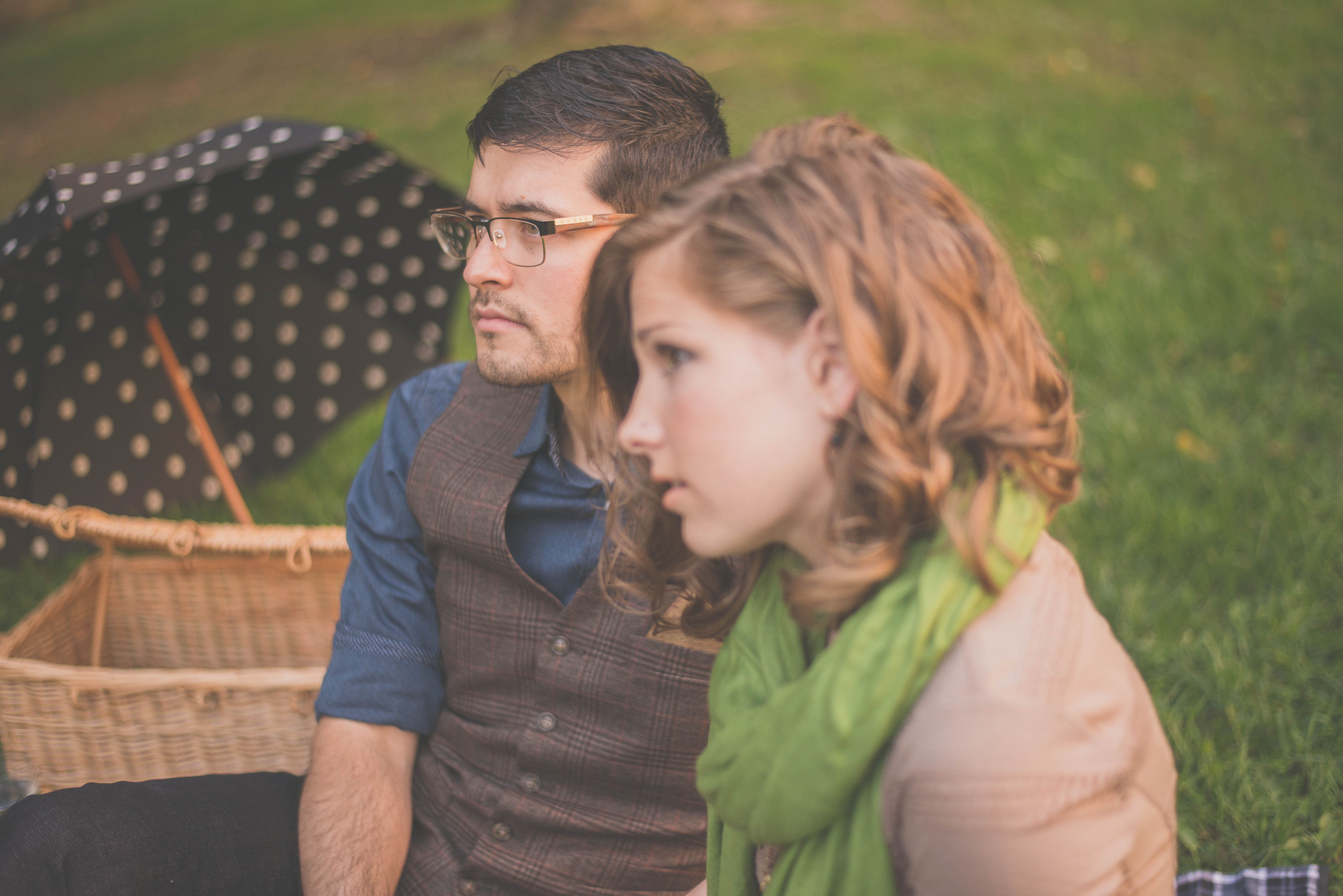 The music streaming race gets a little more interesting with the today’s announcement from Youtube. Youtube announced the release of their music app for IOS and Android. I’m just downloading the app so no opinion from me yet on its functionality, however, I’m sure it will quickly move to the top of every music marketing plan. Upon hearing the news, I found this amazingly produced video that Youtube made to introduce the service. Interestingly I was the 50th person to view it so I wanted to share with those of you who haven’t seen it. After watching this video, I’m stoked. How about You?